Spanish newspaper Marca claim Tottenham have added Athletic Bilbao and Spain goalkeeper Unai Simon to their summer shortlist – as Antonio Conte plans a summer revamp. That is, despite a recent new deal for Hugo Lloris. Simon, 24, has been in excellent form for Bilbao this season – keeping nine clean sheets in 23 league and cup fixtures and conceding just 19 goals. Already, Simon is a 20-time Spain international, making himself no.1. 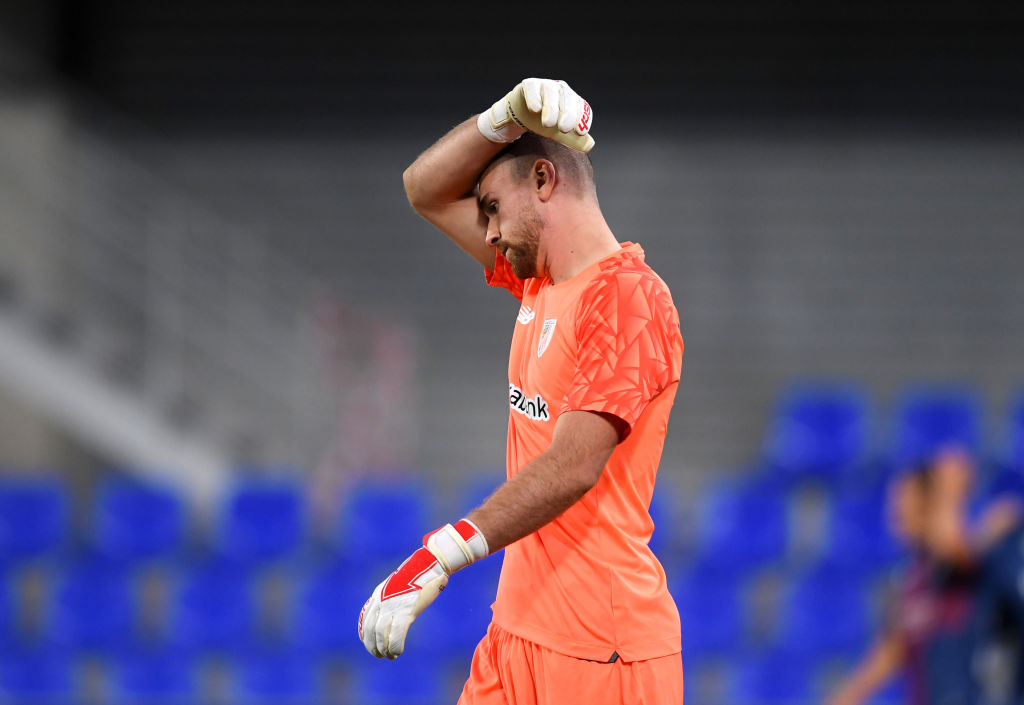 At Euro 2020, he started over Manchester United goalkeeper David De Gea. With 36 clean sheets in 115 senior outings for Bilbao, it is unsurprising that he is attracting interest from Spurs – and perhaps other European sides. Tottenham are now interested in raiding Bilbao for Simon, who does not have a release clause in his contract – and has spoken in the past of his desire to remain at Bilbao for the entirety of his career.

But given the interest in his services, Bilbao might be tempted to cash in on their goalkeeper. He has a contract until 2025, but TransferMarkt say he is represented by the same agency that looks after Joe Rodon and Gareth Bale.

The report does state that Tottenham have decided to pursue a goalkeeper as they look to make a natural transition between a new, long-term no.1 and Lloris. The Frenchman signed a new deal at the end of January, until 2024.

Pierluigi Gollini’s future at Spurs looks unclear. On loan and with an obligatory purchase if he plays 20 games – which looks unlikely. Simon could come in as no.2 this summer, but overtake Lloris quite easily.

Indeed, to displace De Gea in the Spain squad and be labelled a “hero” by Graeme Souness for his performances at Euro 2020 – Simon is clearly a talented player that would be a superb long-term replacement for Lloris.